As a hopeless Wii-Fanatic, it was always a let-down that GTA is available on all consoles (PS3, Xbox, and DS), except the Wii. Now, my dreams will be fulfilled and from the looks of the pictures, it’ll be huge. See the pictures below!

The classic, with its release in the fourth quarter of last year, generated gigantic interest and with the upcoming extension pack „Chinatown Wars“ for the Nintendo DS, it sets the bar in the games scene. The graphics, the story and the implementation are simply a success, but who cares what’s possible if it’s available on the Wii.

As I mentioned earlier, I was on the search for pictures to the new release „Chinatown Wars“ by Rockstargames, when I bumped into the yet undiscovered photos, which apparently show testers playing GTA IV on the Wii. The way one steers an avatar, car/tank and weapons seems to be multifaceted, and are additionally controllable by conventional Wii gadgets, like the Wii Light Blaster Gun.

If you magnify the pictures, you can tell the first control mechanism, which seems to be

already integrated into the game.

Landing punches with the Wii Controller
One of the coolest Wii possibilities, in my opinion, is boxing. Here are the photos in one gallery, question is how well the camera view-panning follows the avatar. Above all, when a gang-fight occurs.

On the photos one can see how one controls a character and how to punch other people. The timeline of punch-up scenes look impressive, the punch combinations look fascinating. Looking at the pictures makes you yearn after following Niko Bellic down the streets on the Wii.

I’m really excited how the precission of the Wii Controller will be, but the car scenes look pretty realistic. One can’t see exactly from the photographs, but the game graphics look significantly toned down compared to GTA4. According to the pictures, one can change the perspective while driving. With the inside mode, it looks like a really cool car-racing game. I think the car missions could become really realistic, letting you dive into the gameplay.

Shooting with the Wii
A feature that is eye-catching on the Wii, is the shooting scenes. Like every gamer, I’m fascinated in Light blaster. The developers seem to have implemented it with the normal Wii controller, as with the Wii pistol. That’s good, because what’s always been missing with GTA is the ’shooting‘ impression, which I can only imagine is wicked. I think, like in GTA4, that one can also aim.

The photos give a strong impression and remind me of the good old days of Virtua Cop for the Sega Saturn – of course, this time with better graphics, endless possibilities and the huge landscapes of GTA.

GTA Bowling
It seems it will be possible to play Mini Games in GTA Wii, with the conventional possibilities to control the game. Nothing to deride about it, it’s a successful and innovative feature, which I rate Rockstar highly on.

I am happy that there are still game producers out there, that are innovative and try to take advantage of the opportunities that the hardware provides. If Rockstar Games implements this functionality accordingly, the game will become another chart-topper in the GTA series. The new possibilities that the Wii offers to gamers is impressive and the gameplay will, in my opinion, become enourmous. 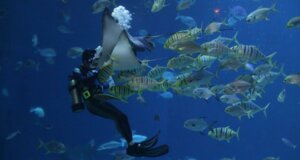 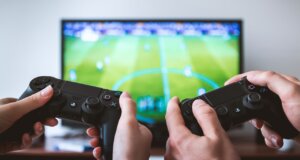 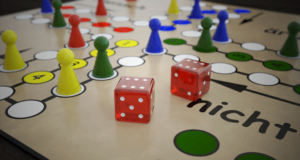